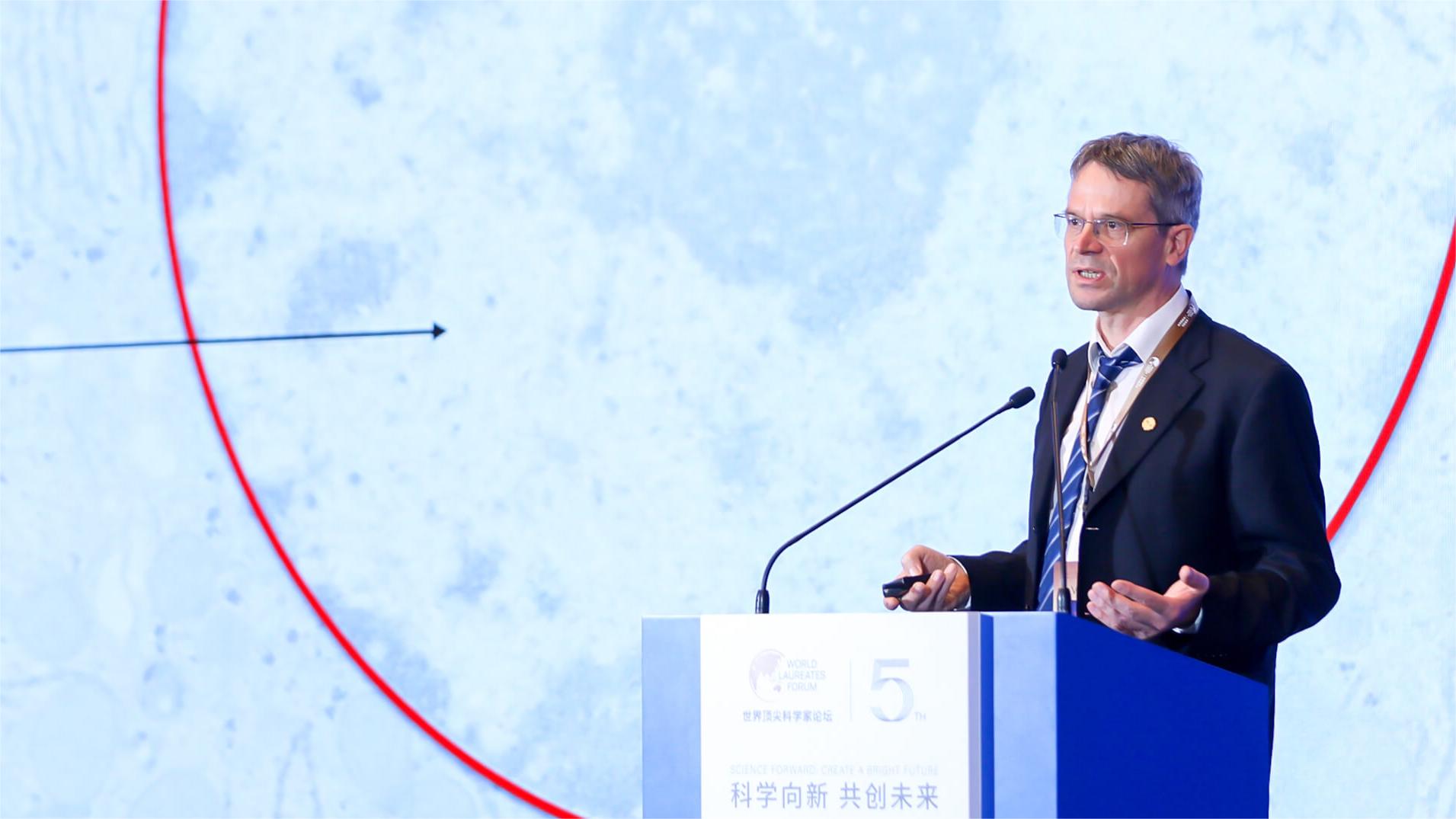 The WLA Prize held a celebratory lecture series during the 5th WLA Forum in Shanghai from Nov. 3 to Nov.7. Dirk Görlich, the inaugural WLA Prize Laureate in Life Science or Medicine, delivered the academic lecture on Nov. 7 and talked about his research. His lecture title is "The FG phase and transport selectivity of nuclear pores." The lecture was broadcast live.

Cells of eukaryotic organisms (such as animals) rely on sophisticated logistics, including compartments that fulfill distinct functions and therefore use different sets of enzymes. The nucleus harbors the genome, transcribes DNA into RNA, and assembles and exports ribosomes. However, it must import all needed proteins from the cytoplasm, which is specialized in protein synthesis. This nucleocytoplasmic exchange proceeds through nuclear pore complexes (NPCs) that allow a (slow) passive passage as well as (rapid) active, facilitated transport.

Our lab has a long-standing interest in the underlying mechanisms. We discovered importins and exportins (collectively called nuclear transport receptors or NTRs for short), which import cargoes into and export others out of cell nuclei. We established that active transport by importins and exportins is powered by a nucleocytoplasmic RanGTP gradient and that importins also function as chaperones, protecting sticky cargoes during transit from ionic aggregation.

Another key observation was the enormous transport capacity of NPCs, which can each translocate ≈ 1000 NTR molecules or a mass equivalent of 100 Megadalton (MDa) per second. At the same time, NPCs function as barriers that prevent intermixing of nuclear and cytoplasmic contents. We discovered that the permeability barrier of NPCs is a hydrogel-like ‘FG phase’, repelling normal (‘inert’) macromolecules but being an excellent ‘solvent’ for NTRs and their cargo complexes. Transport through NPCs can thus be described as mobile species partitioning into this FG phase and exiting on the opposite side. This FG phase self-assembles from intrinsically disordered FG repeat domains, with hydrophobic phenylalanine-glycine (FG) motifs engaging in highly multivalent, cohesive interactions. This multivalency results in a 3D sieve whose mesh size rules the (passive) sieving properties of the phase. NTRs bind FG motifs, compete FG-FG interactions locally, and can thus ‘melt’ (along with their cargoes) through the meshes. We recently asked for the simplest possible implementation of a selective FG phase and found a perfectly repeated, 12mer GLFG peptide to be sufficient for phase assembly, barrier function, and facilitated transport of all tested NTR-cargo complexes. This extreme simplicity of the basic NPC function strikingly contrasts the elaborate structure of the 100 MDa NPC scaffold.